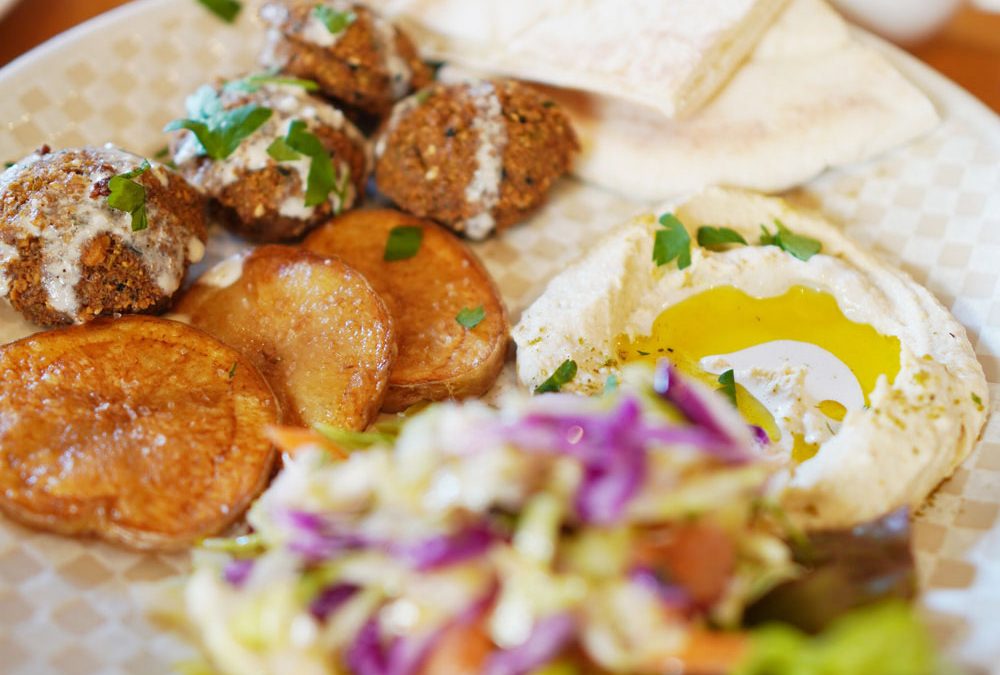 What are hummus and falafel?

Hummus and falafel are delicious chickpea-based dishes found in the Middle East. It’s not clear which area or ethic group they really originated from but they are eaten all over the Middle East and are dear to the heart of the people in the region with deep roots in food culture.

Hummus is made with pasty chickpeas combined with tahini (sesame seed butter), olive oil and spices. As it’s normally served and eaten with Middle Eastern flat bread, pita, it’s often treated like “dip” and served as appetizer or snack in the Western world, but in the Middle East, it’s typically served as part of the meal whether it’s lunch or dinner.

Falafel is made with mashed chickpeas combined with spices that have been deep-fried. In Japan, it’s often described as “chickpea croquette (or korokke)” but it’s not coated with panko bread crumbs before frying nor does it contain ground meat like Japanese korokke.

Hummus and falafel in Tokyo

In Tokyo, besides Middle Eastern restaurants where you can find hummus and falafel in the menu, there is a growing number of falafel stand cafes serving pita sandwich with hummus, falafel, salad etc. inside in recent years.

While hummus and falafel may contain some yogurt depending on the regional recipe, they are for the most part vegan, not containing any meat or fish, so a surprising number of vegan restaurants and cafes in Tokyo list hummus and/or falafel on their menu.

If you are out and wondering where to get vegan food, it may be a good idea to look for a place where you can get a pita sandwich (as a number of non-vegan and non-vegetarian cafes also are now serving pita sandwiches as their vegan/vegetarian option menu).

Hummus and falafel at Ta-im

Ta-im (means “delicious” in Hebrew) is an eatery located just between Hiroo and Ebisu that’s run by an Israeli chef, Dan. It’s a very cozy place with only counter seating. When you walk in, you feel immediately at home.

Ta-im has been in business since 2011, so you could say that it’s one of the most “long-standing” places in the world of hummus and falafel in Tokyo. As it’s quietly tucked away in the middle of a residential area, you often see local customers coming in to eat or pick up their takeaways, exchanging friendly greetings with Dan as he fries up falafels in the back of the kitchen. It certainly gives a feeling of a cherished place by locals.

The thing that’s amazing about Ta-im’s falafels is that they are freshly fried after the order is made and served up steaming hot! They are crunchy on the outside and nice and fluffy inside. Hummus is also delicious with consistency that’s just right – not too hard, not too soft – and just the right amount of aromatic spices. Pita is not overly fluffy like you find at other places that use baking soda and has a natural, soft texture.

I just wish that they had a bigger portion of salad or raw vegetables as I follow a natural hygiene diet. It would be perfect if they have a separate salad menu at the lunch time also.

Since it’s a small place, Ta-im gets quite busy particularly at lunch time on weekends and you can see people lined up outside the restaurant. There is only counter seating, and probably the maximum number of people you can come with is 3 (sitting side by side).

Ta-im opened a new branch in the basement of an office building in Marunouchi (near Tokyo station) in 2018. It has more space with table seating, so if you want to go eat with a group of people, I would recommend going to the Marunouchi branch. That being said, steaming hot falafels fried to order by Dan are just superbly good so I hope you do visit the Hiroo branch first!

Lunch menu consists of pita sandwiches and plates of hummus, falafel and salad etc. (basically what’s inside the sandwich). At dinner time, you can enjoy a lot more variety like salad, baba ganoush (Middle Eastern dish with pasty grilled eggplant, tahini and spices), rice dishes and main dishes, including quite a number of vegan options.

I hope you visit Ta-im to try what I believe to be the best hummus and falafels in town!

At TOKYO VEG LIFE, I’ve shared my recipes for how to make basic hummus and make delicious dishes with leftover hummus, which can be found here. 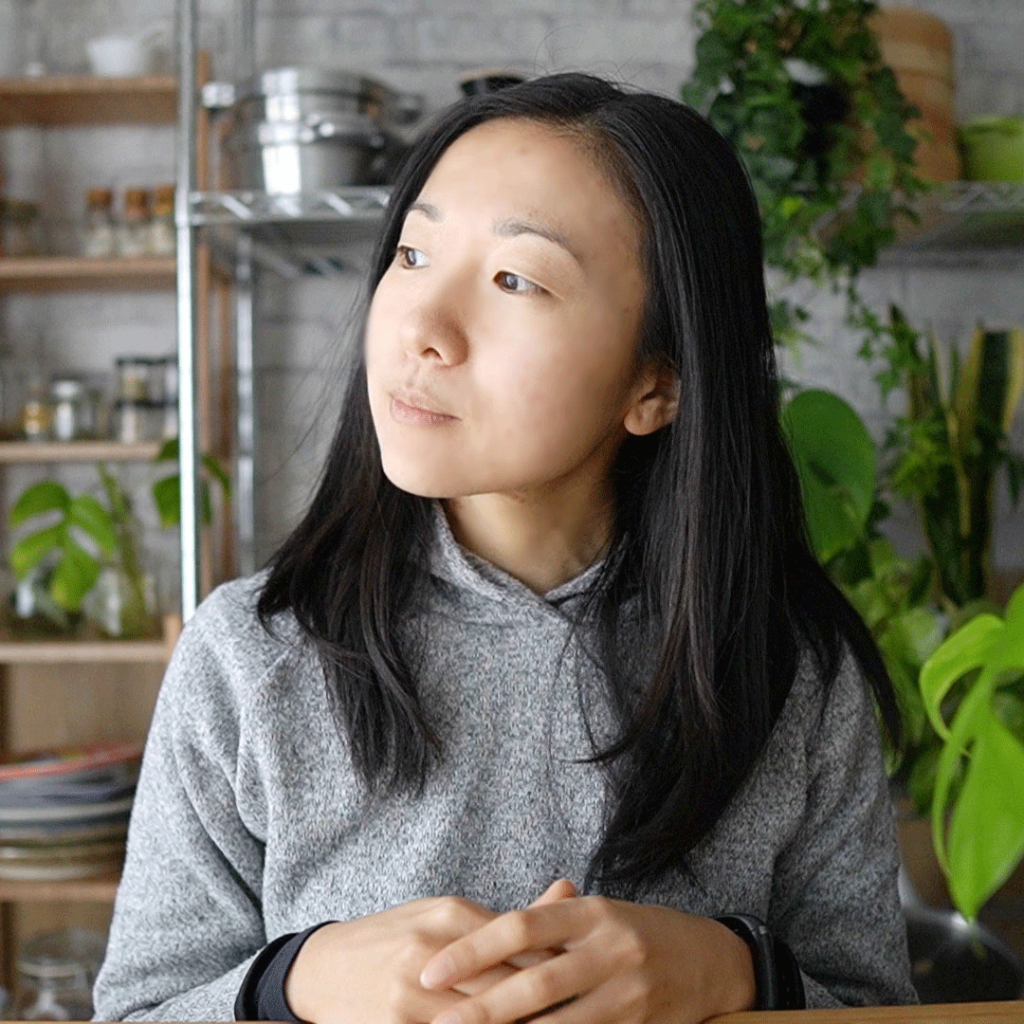